Embedded vs Firmware Development: Which to Go for?

In the digital development world, the terms “firmware development” and “embedded development” are often interchangeable. For people far from this area, they may seem identical or similar in meaning. However, both formulations are used to refer to completely different processes. What is the difference between firmware and software development? Sirin Software experts suggest learning from this article.

To define the characteristics of the terms “firmware” and “embedded” in relation to software, modern technical dictionaries offer the following outlines:

From these explanations, it can be concluded that firmware and embedded solutions are both computer code in essence, but of varying complexity. At the same time, developers highlight other features for each of the concepts:

Traditional programming languages such as Python, C++, Java, JavaScript are used to create firmware and embedded software. A wide range of embedded development services is used in the creation of embedded firmware design.

From the inside, the software of the device resembles a pyramid consisting of several required levels. Visually, it can be represented as follows: 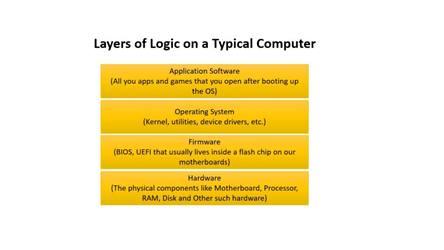 As you can see from the diagram, firmware development is one of the basic stages of creating software, as it links the hardware and the operating system. In the early days of the digital era, firmware had little or no need to update and was used for a long period. But over time, the progress of embedded development made it possible to use it as an interface for interacting with other devices.

Televisions are a good example of using the fruits of embedded firmware development. Modern Smart TV models are equipped with the “traditional” type of firmware required to process low-level signals, as well as to control a wired or wireless interface. At the same time, they also have built-in software – for instance, an OS such as Android, as well as applications that you can install individually.

The redesign of theembedded firmware design has taken the user experience to a higher level, resulting in more than just a device capable of displaying images and sounds.

The development of digital services involves the creation and use of products that will meet the needs of customers. This applies not only to fluid components such as embedded software but also to basic concepts. Embedded firmware development offers several types of firmware:

Embedded development products are indispensable primarily in the fields of mechanical engineering. Robotics, systems such as “Smart Home”, industries that use robotic systems – there are many examples of use. At the same time, not only software reinstallation services are available on the software development market but also firmware development services, which allow expanding the capabilities of user devices.

The needs of the modern market – and in particular the IoT market – affect the development of the computer software creation niche. There are two main directions in this area: the creation of new applications and the modernization of hardware components. Firmware development is a complex of professional services from Sirin Software, which will help to bring the use of software and hardware products to a new level of performance and convenience.