React: A Robust Web Tool with a Native Follow-up

React was born with a silver spoon in its mouth. Why? Because having Facebook as its progenitor spells high-end implementation and large-scale employment. For eight years of its presence on the market, this JavaScript library has grown into a popular open-source tool leveraged for developing dynamic web applications with reusable UI and fast performance.

Today, it not only enjoys a numerous community of average users but is also popular among a whole bunch of blue-chip brands (including Instagram, Microsoft, Twitter, Whatsapp, Netflix, Uber, and PayPal, to name a few) that employ it in building their digital products. And it is no wonder that React rates first among IT professionals, 41% of who utilize it in their web app development efforts.

Despite being a recognized leader in the niche, React app development services were deficient in their scope since the framework targeted only the browser, which put mobile solutions out of its ken. Mark Zuckerberg admitted the inadequacy of their approach that focused exclusively on HTML and turned a blind eye to the mobile experience, promising to amend the lopsidedness. His commitment took a couple of years to come to fruition, ushering React Native mobile development that became a godsend to many a React Native application development company.

React Native Development: Too Good to Be Missed

Sirin Software has brought forth quite a number of mobile apps so we are aware of the daunting task to deliver digital products that would run smoothly on both Android – and iOS-powered devices. The full cycle React Native development comes as a perfect solution to this quandary, bringing a slew of advantages in its wake.

In view of these numerous assets, React Native development is a superb approach to building apps that appeals to both startups and full-fledged enterprises. Sirin Software as a high-profile React Native application development company offers an entire gamut of React app development services

What can businesses and individuals get if they address us?

In our increasingly globalized post-COVID world, it is the thriftiness and universality that ultimately condition the success of any business venture. The same holds true for the mobile app industry where cross-platform solutions are a great cost-saver enabling entrepreneurs to reach out to the maximum number of consumers.
Sirin Software will accompany you on the road to the financial bonanza where React Native development will become your competitive differentiator instrumental in producing a first-rate hybrid app with superb performance and exquisite UI design. 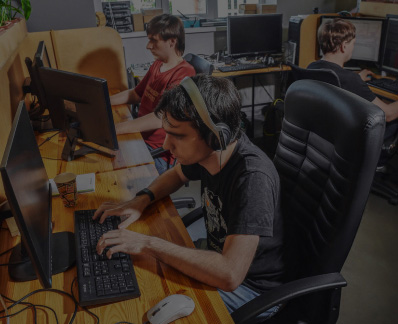