With the ever-rising practicality and popularity of the IoT market, firmware development, which helps set IoT devices in motion, becomes a highly demanded project effort. The one that requires a knowledgeable, expertise-driven approach. Firmware development is a complex process that brings advanced results. Need to equip your hardware with low-level software to enable its operation and control it? We have just the specialists for you at Sirin Software.

Firmware is “hard” software that resides in the system’s RAM with instructions and data for it loaded from permanent memory. Instructions used in your solution are adjusted by changing the data stored in memory.

Firmware is considered “hard” because its instructions stored on a physical device are usually loaded into a hardware platform for long-term performance, with only minor further tweaks involved.

The principal difference between firmware and software is more about functionality specifics. Firmware is a system component that can be customized to define new system functions that can only be implemented within the constraints of the given hardware and firmware.

In a nutshell, however, embedded firmware development is not so different from the process of developing “standard” software. Regardless of the development/management model used, it consists of the following stages: Embedded OS
In essence, an embedded system is a combination of software and hardware. The Embedded Computing Platform combines hardware based on a microprocessor or microcontroller and a firmware OS that enables actuators and sensors to perform tasks.

A standard OS is about the interaction between human users with computers. In turn, an embedded system performs a limited scope of tasks with minimum human involvement.

A firmware engineer creates a set of instructions – a device-activating algorithm. One or more processing cores power up embedded systems – microcontrollers or digital signal processors, FPGAs or ASIC. During the firmware development process, microprocessors or microcontrollers of embedded system hardware are programmed to perform specific tasks based on the previously composed set of instructions.

High-level languages like C++ or Python and low-level ones like Assembler are used in the firmware development process. The most widely used underlying platforms are Linux and Android.

Embedded Apps
Once an embedded system is connected to a centralized network it becomes an IoT device. Our firmware development company, for instance, offers such solutions for a wide scope of purposes and niches, including computer networks, electronics, telecommunications, medicine, research equipment, and more.

As you may know, the usual IoT network is composed of interconnected devices powered by special firmware. Such devices working within a centralized network are very handy to manage and update remotely. Specialized standards are used to collect data from sensors and make the whole network energy-efficient – SigFox and LoRa (Long Range).

Supplementing the Linux kernel with the firmware code is pretty time- and cost-efficient as compared to other development methods. At Siring Software, we offer a range of Linux-based firmware development services and products. Linux Kernel and Device Driver Development
Linux works in two modes at the basic level – kernel mode and user mode. You can access a hardware device only in kernel mode. A Linux device driver is kind of like an API that lets user-mode code through to the hardware device. Such drivers affect kernel-driven device functionality. Mobile App, Web, and Firmware for a Smart Bassinet
A bassinet is among the brightest embedded system examples. The solution has built-in noise sensors that react to a baby’s cry and set off automated cradling. To monitor and control the whole process, you use a special smartphone app where you can also set certain parameters.

The backend of the whole solutions has three essential pillars – a cloud-based single page app, an admin dashboard, and a stack of microservices. This system guarantees a smooth and stable joint operation of hardware, firmware, and mobile app.

Firmware-powered embedded systems are used everywhere nowadays. Bringing a convenient level of automation, software security and availability with minimal maintenance required, it’s best to be fast to equip any hardware system you may have in hand with high-quality firmware.

And we can help you with that, offering reliable services for full-cycle and custom embedded solutions with strict deadlines and regular workflow monitoring.

If you are looking for developers with high niche qualification and hands-on experience, Sirin Software is at your service.

Let’s bring your business up to the next level with the top-notch firmware development. 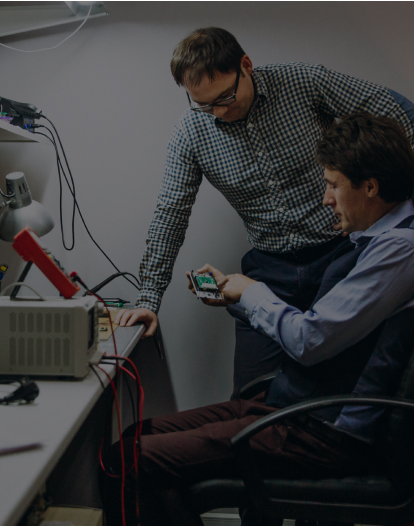